Louth had their Christmas market last Sunday to an excellent turn out, probably helped by the weather and defiantly helped by the Earthbound Misfits who have entertained crowds with their unique performances since 1996. www.earthboundmisfits.co.uk

This Sunday the Christmas market came to Horncastle, again very lucky with the weather and though a little smaller than Louth a great atmosphere!

So a sausage roll for breakfast was grabbed from Myres bakery on the Bull Ring, well two actually, for the price of one etc… very nice! and a walkaround with the camera…

Myres is something of an institution in Horncastle producing some of the best and award winning traditional Lincolnshire goodies such as Plum Loaf, apparently the first and only Plum Loaf to win Gold in the Great Taste Awards.
www.myersbakery.co.uk

While walking around to the High Street eating my breakfast, I listened to the Banovallum Brass Band  who positioned themselves ideally outside Horncastle Music Shop. The band have a concert in Horncastle's St Mary's Church on the 22nd December at 7.30pm tickets are £5 and under 14s free - well worth a listen.

What better way to listen to this band, take in the atmosphere, and people watch, than to sit having a lovely cup of tea in proper china cups and saucers at the “Tea Caddy” a traditional traveling tea room located in the centre of town.

Some attractions and stalls were located in the community centre which is called The Manor House Centre located next door to St Mary's Church. 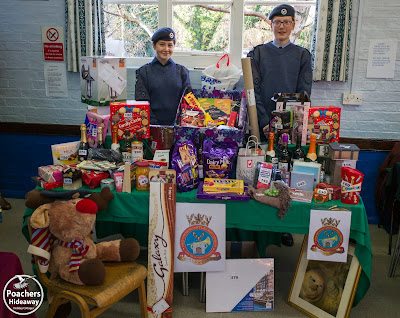 Horncastles 1265 Squadron of the Air Training Corps are raising money for a flight simulator and lots of Cadets were on duty running a Tombola in the community centre and helping shoppers with their groceries in the Horncastle Tesco, probably the friendliest Tesco there is! 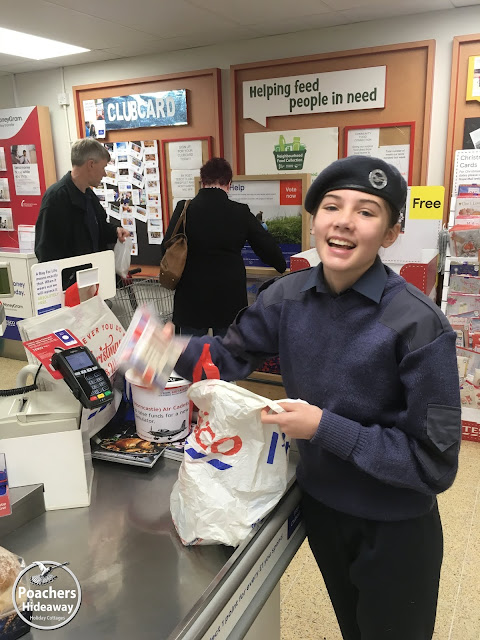 The Leader, a beautiful steam engine which has been in the Ingall family for generations added to the atmosphere of the day parked up on Bridge Street. It was originally bought by Frank Ingall then passed down the family.

Three generations Peter, Carl and young Frank Ingall proud of their Leader, Carl was involved in the development and creation of our fishing lakes here at Poachers hideaway all those years ago!

At Poachers Hideaway we have our very own barn owls returning every   year to nest in their provided home, here is one of their friends on show at the market. 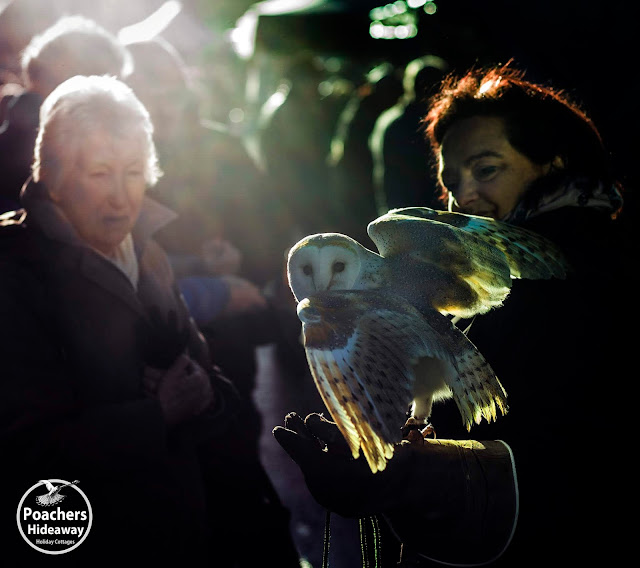 
Tony Butlers aim is “To bring the unusual to your doorstep, to educate and to have fun whilst learning at the same time."

Well it is fifteen days until Christmas, the sign just outside West Ashby, our neighboring village, says so! 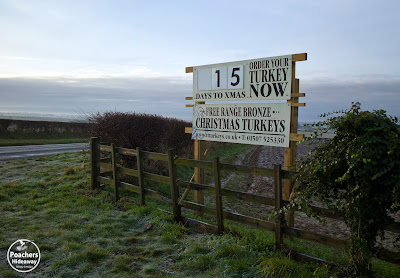 Posted by Poachers Diary at 01:20 No comments: