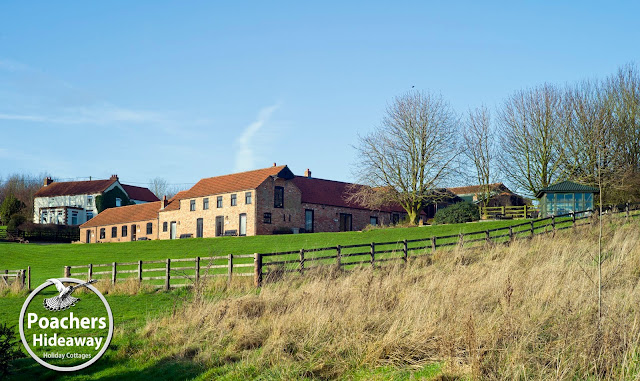 In anticipation of next weeks RSPB big bird watch a wander around the hills, lakes and woods was in order today to shoot a few birds... with a camera of course!

It became apparent the Blue Tits were far more sociable than the Great tits this week...

Our friendly Robins however are always very sociable and often serenade us and our guests, lets hope they are all out in force next week and ready to be counted!

Its been remarked upon how many Pheasants there are around at the moment. There are normally a few venturing up the drive to Poachers Hideaway.

Cadet Furlong a Poachers Hideaway resident had an exclusive trip last night with the ATC 1265 Squadron (Horncastle) to RAF Coningsby. They had a wonderful time wandering around the Hangers looking and learning about at all the aircraft including the Battle of Britain Memorial Flight - Spitfire, Hurricane and Lancaster. 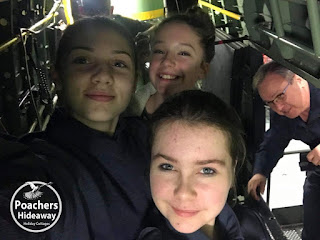 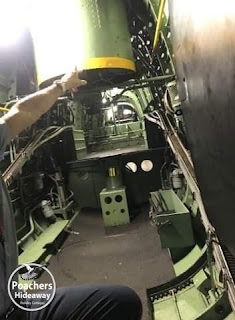 RAF Coningsby in Lincolnshire is one of two RAF Quick Reaction Alert (QRA) Stations which protect UK airspace (RAF Lossiemouth is the other).
RAF Coningsby is home to two frontline, combat-ready squadrons and is the training station for Typhoon pilots.
Almost 3,000 Service Personnel, Civil Servants, and contractors work at RAF Coningsby.

Eurofighter Typhoon is the world’s most advanced swing-role combat aircraft providing simultaneously deployable Air-to-Air and Air-to-Surface capabilities.
It is in service with 7 customers and has been ordered by two more. The aircraft has demonstrated, and continues to demonstrate, high reliability across the globe in all climates. It has been combat proven during operations in Libya, Iraq and Syria.

Posted by Poachers Diary at 18:29 No comments: